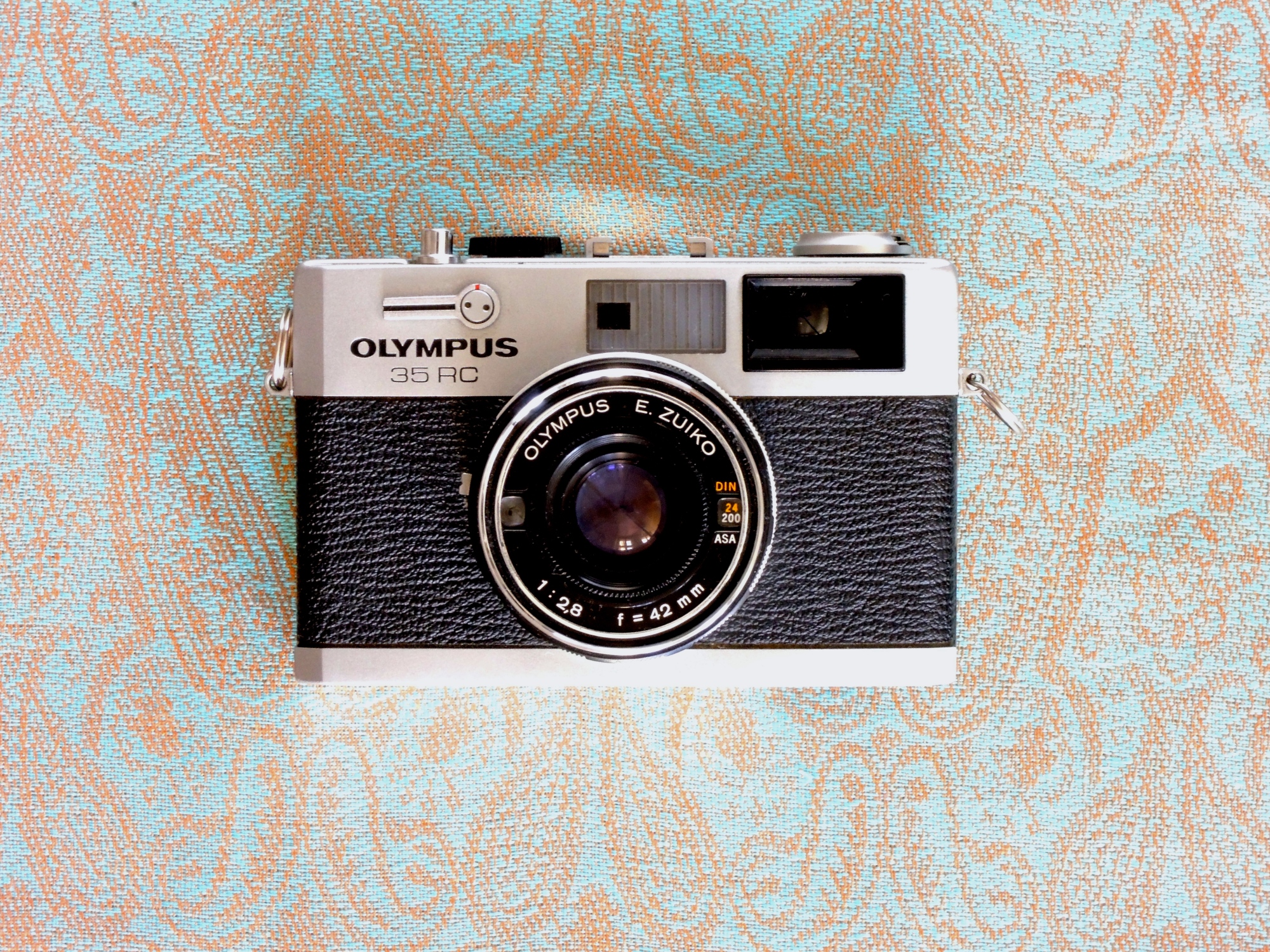 The Olympus 35 RC is somehow in between of my Olympus Trip 35 and the Yashica 35 Electro 35 GT. Small and light enough to carry around every day, but equipped with a rangefinder and a sharp Zuiko lens. I bought it for a reasonable price at Foto Braune in Berlin. (After buying my Yashica, I promised to my wife not to buy another camera for me in the next half year, so when I saw this gem I bought it as a gift to her. Promise kept 😉 ).

About the Olympus 35 RC

The Olympus 35 RC was the smallest camera of the Olympus 35 rangefinder family and built from 1970 to 1979. It is said, that it’s the smallest Rangefinder with full manual control. Although the camera is smaller than the Olympus Trip 35, it is slightly heavier. The camera has everything a camera needs: a sharp five element ƒ 2.8/42 mm lens, a built-in light meter, an aperture automatic, hot shoe, self timer, tripod mount and a connector for a cable release. In case of low battery, the camera can be still used in full manual mode with an external light meter or by following the Sunny 16 rule.

Taking pictures with the Olympus 35 RC:

Load your film and set the film speed (25 – 800 ISO) with the dial on the lens. (Yes, this is an unusual place for this). In automatic mode “A”, set your desired shutter speed ( 1/15, 1/30, 1/60, 1/125, 1/250 and 1/500) with the dial on top of the camera and focus using the bright rangefinder. The aperture (ƒ 2.8 – ƒ 22) is automatically set by the camera. The chosen speed and the set ƒ stop are displayed in the viewfinder. In case of over- or underexposure, the camera blocks the shutter. In backlight situations, you have to “cheat” the camera by setting a lower film speed, such as 100 instead of 200 for example. But unlike the Trip 35, you can also “lock” the light meter on the darker subject by pushing the shutter release half-way.
In low light situation attach a flash, select the flash mode, and set the proper guide number. The camera’s flash automatic takes care of the rest based on the distance to the object. Magic.
In manual mode, set ƒ stop and shutter speed as you wish, including “B”. To safe battery life, set it to the “Off” position when not in use.

If you want to use the built-in light meter and the automatic aperture setting, you will need a battery. As the original mercury batteries are not produced any more, I bought cheap 675 zinc air batteries which are usually used in hearing aids. As those are smaller than the old PX 625 batteries, I use a brass ring to add the needed millimetres in diameter. UPDATE: There are more and more affordable SR44 adapters available, like this one on eBay. I shot now three rolls with it, and the results are fine for me.

The camera can use any 35 mm film from 25 to 800 ISO, films can be developed everywhere.