As soon as I lost my “fear” of the medium format, I bought a second camera after the Holga 120 N . Why  the Agfa Isola I? Coincidence. I bought together in bundle with my second Olympus Trip 35 on the Mauerpark flee market in Berlin. The camera is quite light, fits in a pocket (which is not so common for a medium format camera) and has a build in yellow filter. Oh, and it was just 10 € for a camera which makes better pictures then the Holga, prevents you from double exposure and is easier to load. The Agfa Isola I is the third camera of the Isola series, after the original Isola and the Isola II. I usually load my Holga with colour film and this gem with black & white. Agfa, better known for their films then for their cameras, produced the camera in Munich, I used to drive by the building everyday on my way to work.

About the camera: Like the Holga, the camera is a simple viewfinder camera for medium format film. Due to the collapsible lens it is quite flat, which makes it easy to carry in a jacket’s pocket. The shutter speeds are 1/35 or “B”, apertures are f 16 (“sun”) or f 11 (“clouds”), for f 11 you can also use the build in yellow filter. The camera has a PC sync and a cold shoe to connect a flash, a tripod mount and connector for cable release. 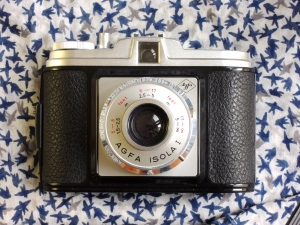 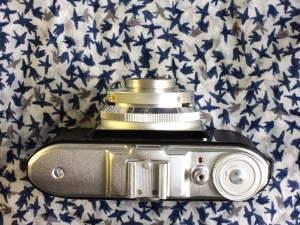 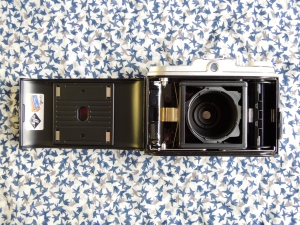 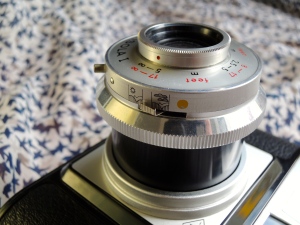 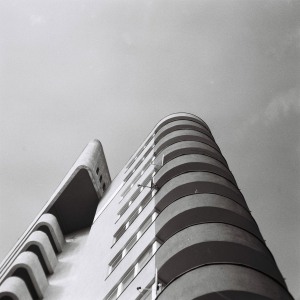 Tips&Tricks: Don’t expect crazy vignetting like on the Holga, pictures are sharp till the corners.

Useful Links:
http://www.butkus.org/chinon/agfa/agfa_isola_i_6x6/agfa_isola_i_6x6.htm (manual)
http://lippisches-kameramuseum.de/Agfa/Agfa_Isola_I.htm (specs and animation of the tube in German)

6 thoughts on “The Agfa Isola I”