The first cameras of the collection all worked fully automatic. Somehow I felt it was time to get deeper into the secrets of “old-time” photography. So I invested 900 HUF (4 €) in the freedom to set aperture and exposure time on my own: a Smena -1. A simple 135 film camera made from Bakelite. It was built from 1953 by GOMZ in Saint Petersburg (at this time Leningrad) for “the young generation” as the name “Smena” translates to English. The Smena family was continued until the mid 90s, while GOMZ got a new name in 1965: LOMO.

About the Smena: As the camera has no light meter, no film speed can/has to be set. Like a medium format camera, there is neither a rewind option nor a take up possibility for the film. To operate the camera, an empty film spool or better an empty cassette is needed. Advancing the film and cocking the shutter are separated. The camera features an accessory shoe (but no PC socket) an attachment for cable release as well as a “B” mode.

Taking pictures with the Smena: As the camera has no light meter, the exposure has to be guessed and the right f-stop and exposure time have to be calculated.  The aperture  (F 4,5 – F 22) is set at the front of the lens, the shutter speed (1/10 bis 1/200) at the base of the lens.  Now just guess the distance, set it regarding the chosen aperture, advance the film, cock the shutter and release. Sounds complicated? It is not. This video explains it step by step.

The Smena is as simple as a camera can get. If you never shot a film camera before, you will be surprised by the picture quality of it. 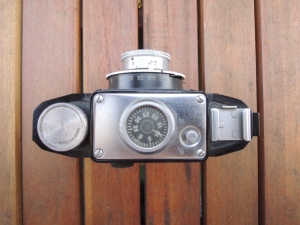 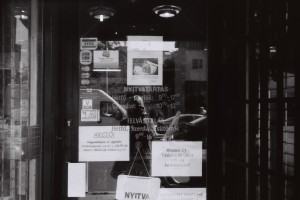 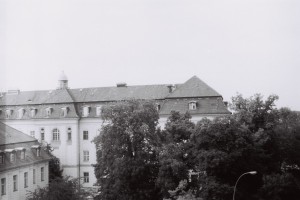 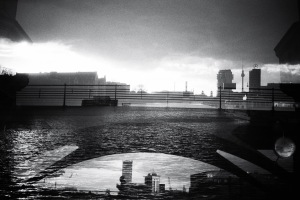 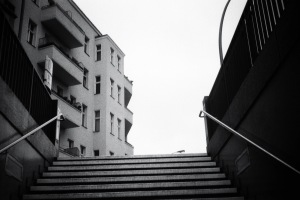 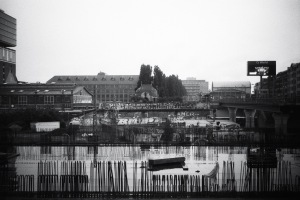 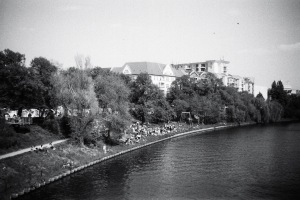 Tips & Tricks: Beside of external light meters, there are several smartphone apps to measure and calculate the right exposure. Easier and faster is this paper exposure calculator.
The separation of film transport and shutter allows double or multiple exposures.

Film purchase & processing: No light meter, no restrictions. You may use any 135 film you want. Development and prints are no problem in any drug store.