After pocketfilm and half-frame it was time for a “normal” 135 film camera. Processing in the big laboratories started to get on my nerves as the development took ages or sometimes films even got lost. But why the Zorki 10? From a technical point of view the Zorki 10 is an ordinary if not simple rangefinder camera from the 60s. But the design: lean, clean, futuristic. If they would had used any camera in the Star Trek tv series, it would have been this one. KMZ produced under the Zorki brand mostly Leica replicas, but the Zorki 10 (and later the viewfinder  11 and the rapid system 12) were “inspired” by the Japanese Ricohmatic 35. Interesting fact: the German mail order company “Quelle” sold this camera (among other Russian and East German models) as “Revue 10” in West Germany during the cold war. The Zorki 10 is certainly the most flashy camera in my collection, and all this for just 1.500 HUF, then just 6 €.

About the camera: The Zorki 10 is a rangefinder camera. A second pictures is superimposed in a yellow dot on the viewfinder image. By turning the focus ring on the lens, the yellow picture moves, once the image is covered there with the rest of the viewfinder picture, the correct distance is set. The camera works fully automatic. The camera measures the light without batteries, using only a selenium light meter on the lens. Not only the look of the Zorki 10 is far from normal: the shutter release is located on the lens instead on the top, the film advance lever and the exposure counter are on the bottom of the camera. Oh, and did I mention the weight? It is 750g heavy.

Taking pictures: The cameras works fully automatic: just select the right film speed, (100 ASA is the only common one) aperture ( F 2.8 – F 22) and shutter speed ( 1/30 to 1/500) are selected by camera in automatic mode. A needle in the viewfinder shows if the the light is sufficient, and even gives you an idea of the used speed. Focus is easy due to the help of the rangefinder but may also be set using the meter scale on the lens. The minimal focusing distance is 1.5 m. In low light, attach a flash to the accessory shoe and the  PC terminal and select the proper aperture manually. The camera has also a “B” setting, although you can’t attach a cable release. The camera is also equipped with a self-timer, which sadly is broken on my one. My camera has also some issues when advancing film. 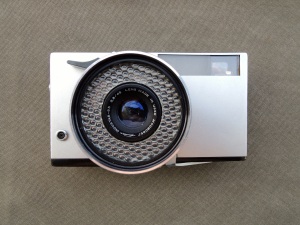 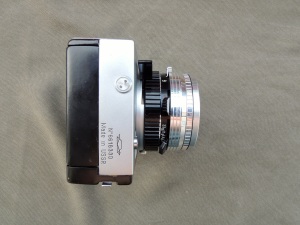 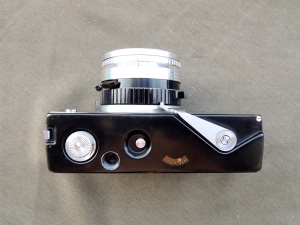 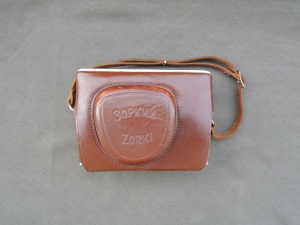 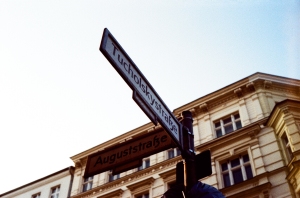 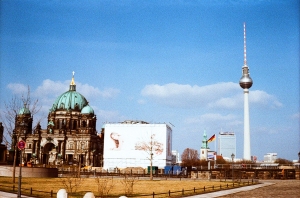 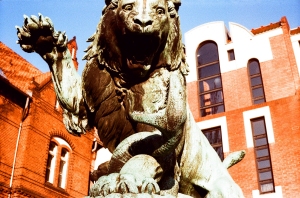 Here ou can see how the aperture is set by the camera:

Tips&Tricks: My camera tends to have problems when I advance the film at the end of the roll to fast. So just be gentle. Before you buy, always check the selenium light meter: when the lighting conditions change, the needle in the viewfinder has to move.