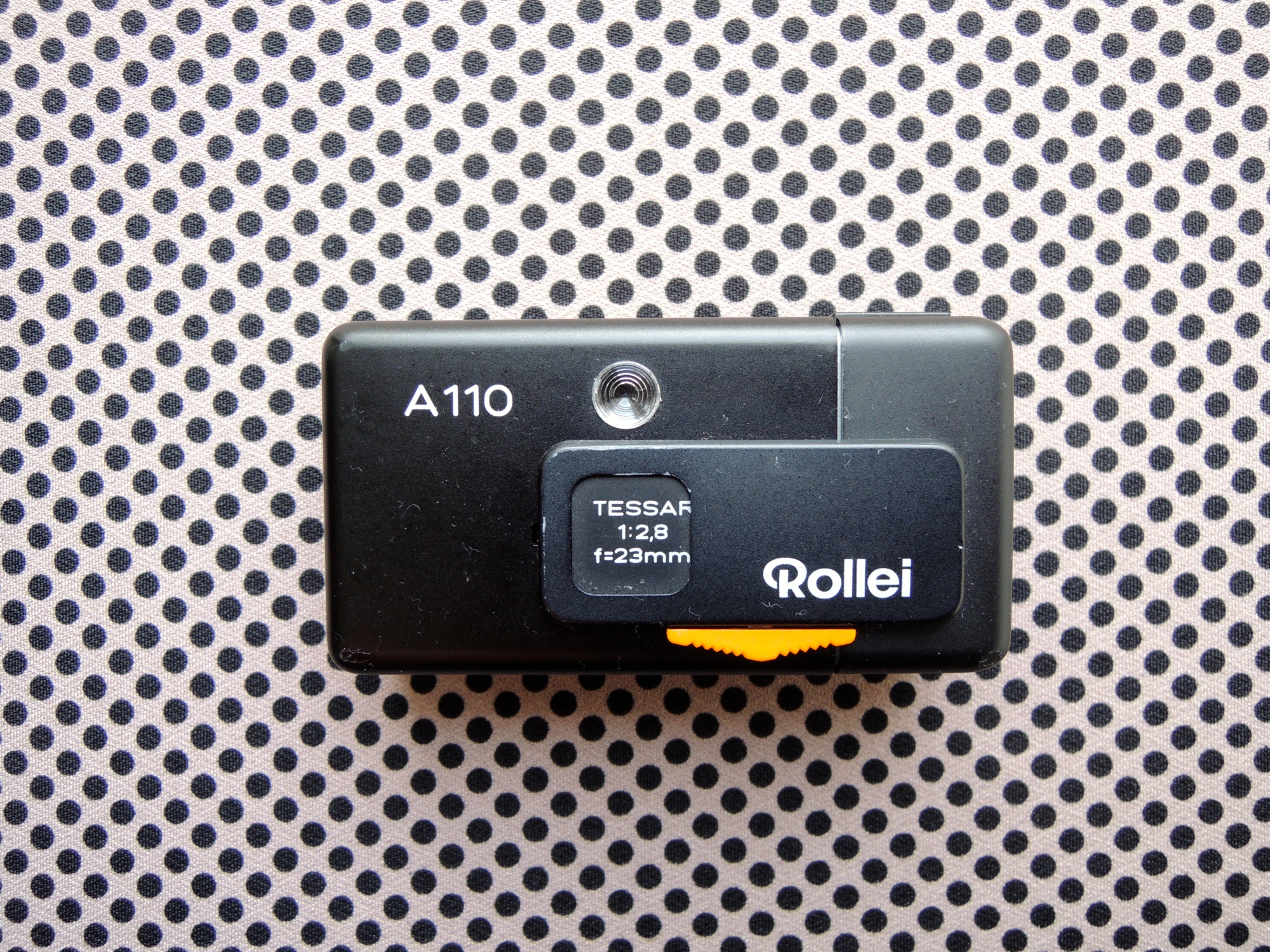 Nearly one year after I started this blog, I wrote already about all our cameras. So it was finally about time to buy a new one. On a trip to Budapest, I stumbled over a Rollei A110. As I read on Jim Grey’s blog shortly before, this camera should be the “the ultimate over-engineered camera for the world’s crappiest film format”. As a proud owner of a Pentax auto 110 super, I doubted this, but without ever seeing the Rollei in real life, I could not judge it at the time. And there it was at Soós Fotó, for only 2.000 HUF. I hesitated shortly, like really shortly, and bought it together with a (sadly now broken) FED 4.
After the first roll of film I have to admit: Jim was right.

About the camera: The Rollei A110 was build for 110 film and looks like a bigger version of my Minox B. (This explains maybe this ad) Production started in 1975 in Germany and was moved in 1978 to Singapore, where it was produced till 1981. Mine has written “Made in Germany” on it, so it should be produced between 1975 and 1978.
Like on the Minox, the lens is covered when the camera is closed to avoid too much dust when you carry it in your trouser’s pocket. Which you can do easily, as the closed camera is nearly as short as the 110 film cartridge itself, or a standard lighter. However, it is far heavier as one would expect: The camera is fully made of metal and seems quite sturdy, mine was obviously dropped several times but still works perfectly. It’s equipped with a built-in light meter (which needs batteries), a tripod mount and a connector for a cube flash adapter. Unlike other 110 cameras, it’s equipped with a ƒ 2.8/23mm Tessar with four elements.

Taking pictures: To open the camera, press the orange button on the bottom around the film symbol, best with your fingernail. Insert the film, advance till the first frame is loaded, done. If in doubt, check the light with the little green button on top. If the LED in the viewfinder or on top blinks, the exposure time will exceed 1/30 s, so the use of tripod or any other stand is recommended. The camera uses a zone-focus system: hold the camera to your eye and choose the right distance with the orange lever under the lens and the symbols in the viewfinder. The cameras works fully automatic, aperture and shutter speed are calculated by the camera. Shutter speeds are between 4 and 1/400 seconds, the aperture range is between 1:2.8 and 1:16. To shoot, just press the orange button, in low light situations press until the green LED lights up. 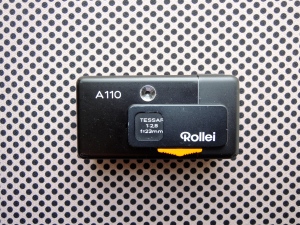 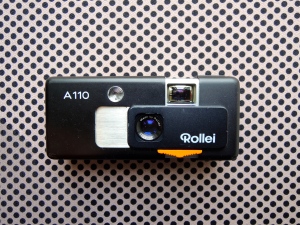 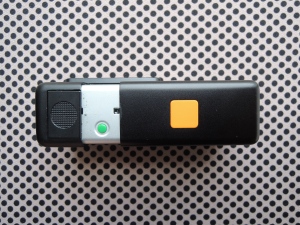 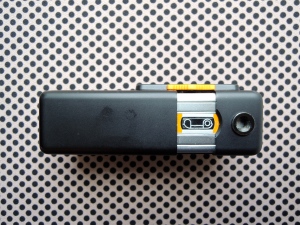 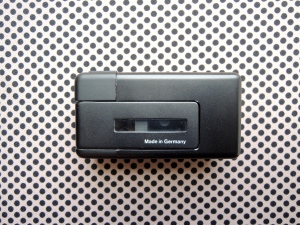 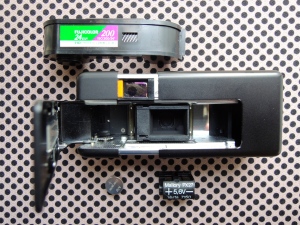 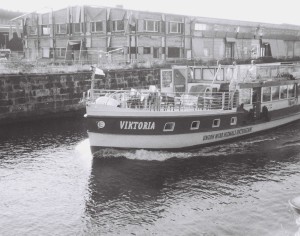 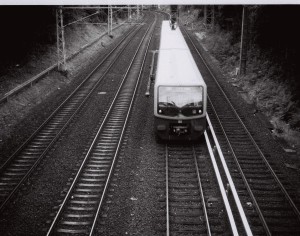 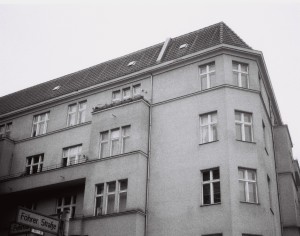 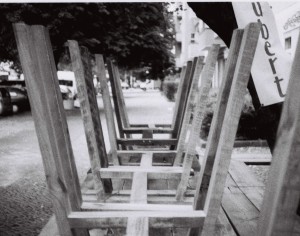 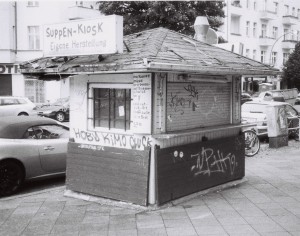 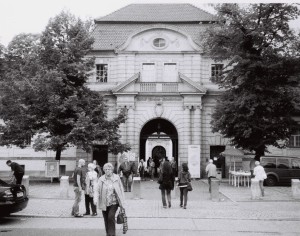 Tips&Tricks: Unlike other cameras, the film speed is predefined by the manufacturer. The Rollei A110 super is set to 100 or 400 ISO. The “coding” is done by a little button, which is pressed or not by the specific cartridge. Currently are only 100 and 200 ISO film available, both coded as 100 ISO, so here are usually no issues with the speed setting. Wrong coded 400 ISO cartridges can be easily set to the right speed by removing some plastic from the cartridge. The camera needs a PX27 Mercury battery, which is not in production anymore. I replaced it with 4  LR44/A76  cells and it seems to work, a V27PX should work as well.

Film purchase & processing: When I bought my Pentax, everybody expected 110 film to be dead soon, Luckily, since June 2012  black&white and color films are available at Lomography as well as a  lab service.