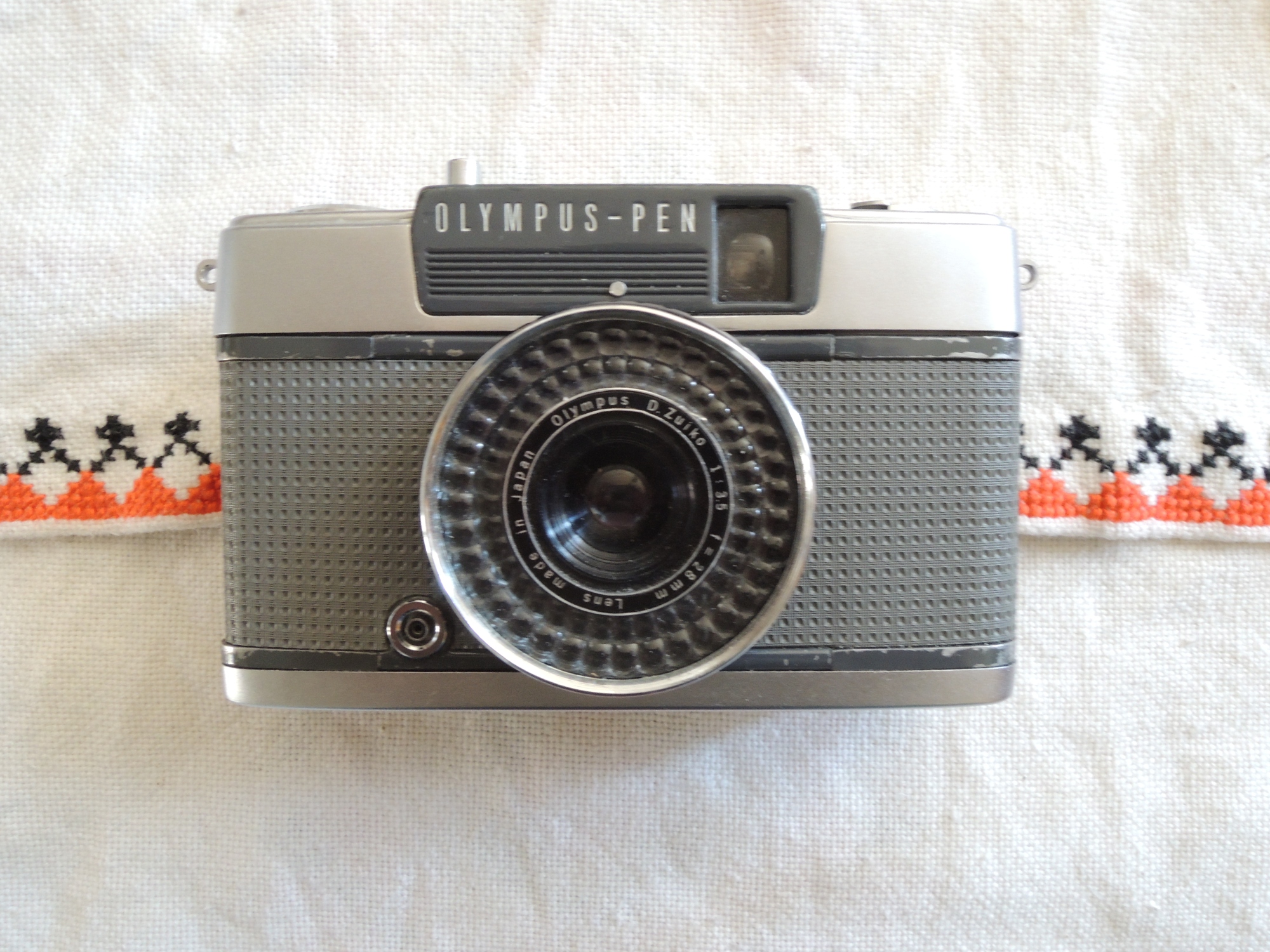 My first PEN EE-2 for 990 Forint (ca. 4 €) was even cheaper then my PEN EES-2. the reason: a small sticker with the word “hibás”. The “not working” was the shutter, which did not want to release. But as my PEN EES-2 had some issues with the aperture blades, I bought it as a training model for the repair. Luckily, is I opened the body, it started, at least for two years, to work again. Until now, I could not repair the first one, but, one year later another PEN EE-2 was waiting for me at Soós Fotó, again “hibás” and again she makes beautiful pictures.

About the camera: The camera is nearly identical to the PEN EES-2, beside the simplier lens. The camera uses normal 35mm film but shoots in half frame. When hold in “normal”, it shoots in portrait, when hold upright, it shoots landscape. Exposure is measured by the selen light meter, (called “Electric Eye” b Olympus, therefore the Name “EE”) which needs no battery. Although it is often reported that those selenium-meters age and therefore stop measuring proper, mine all work fine.

Taking pictures: It can’t get any easier: Take the camera out of your bag, find your motif, shoot. No focus, nothing. The cameras works fully automatic: just select the right film speed, (between 25  and 400 ISO) aperture ( F 3.5 – F 22) and shutter speed ( 1/40 or 1/200) are selected by camera in automatic mode. In situations with insufficient light, the shutter blocks and a red indicator is shown in the viewfinder. Due to the fix focus lens, the camera is even smaller and easier to use than he “bigger” sister. The minimal focus is 1.5 m and due to the smaller minimal aperture more light is need for shooting without flash. In low light, attach a flash (pc or hotshoe) and select the proper aperture manually.
To make photos against backlight, you have to “cheat” the camera by selecting a lower filmspeed, for example 100 instead of 200.  The filmspeed is easily changed by this procedure (and when carried in a bag), so I usually make me a little reminder patch which I place in the hotshoe. 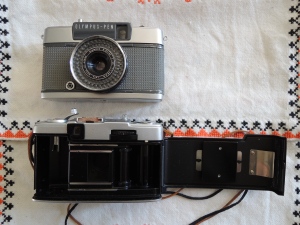 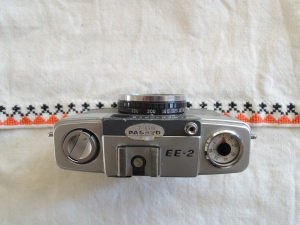 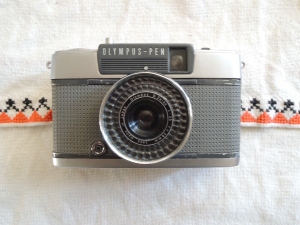 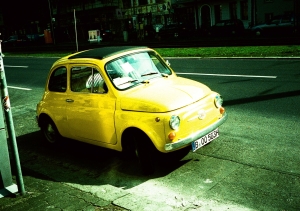 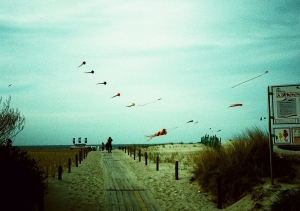 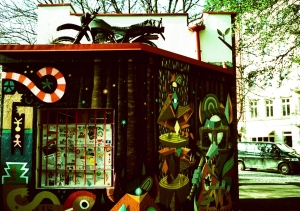 Tips&Tricks: The shutter lock mentioned above is easily misinterpreted as a fault. To test: simply choose 400 ASA, point the camera to light an release. If this works, go to a 25 and cover the light meter, the shutter should block now and the red index flag should show up.

Film purchase & processing: I prefer 200 ISO, not too grainy and with good light sensitivity. You may use filmspeeds between 25  and 400 ISO. For the first test, I suggest films with 24 exposures as it might take really long to use the 72 pictures you get out of a 36 roll. Processing can be fun: every laboratory accepts the film, but the prints can be one per print or two pictures on one.

There was an error retrieving images from Instagram. An attempt will be remade in a few minutes.